The Research and Development Department at Biolab Diagnostic Laboratory - The Kingdom’s leading accredited laboratory- announced the results of the second phase of a recent study which was conducted to assess the effectiveness of the various vaccines used in Jordan (Pfizer, Sinopharm, AstraZeneca, and Sputnik) and the impact of the booster shot on the stimulation of COVID-19-specific helper and cytotoxic “T-cells”.

In the first phase of this study, blood samples were drawn on the 16th January 2022  from consenting participants who had received two doses of any of the available COVID-19 vaccines in the country 6-10 months prior to joining the study, and various immunological responses were subsequently evaluated.  Preliminary data revealed that COVID-19-specific “T-cells” were still activated in people who received the Pfizer and AstraZeneca vaccines, while very humble to no activation was seen in the blood samples of the recipients of the Sinopharm and Sputnik vaccines six months following the second dose.

Head of the Research and Development Department, Dr. Issa Abu-Dayyeh, provided us with a sneak peek of the results of the recently concluded second phase of the study which assessed B and T cell responses in phase I patients who went ahead and received their m-RNA booster shots and returned to the lab 2-3 weeks later to give a blood sample on the 6th February 2022 –to have their readings compared to the pre-booster numbers.

Dr. Abu-Dayyeh revealed that the research team found out that the total COVID-19 anti-Spike protein antibodies in those participants increased at least 10 folds for all volunteers no matter which primary vaccine they took, with values recorded reaching 1000 fold increase in some patients. Interestingly, close to 50% of those antibodies were shown to be of the “neutralizing protective type”.

As for the T-cell response, the study also demonstrated that the m-RNA booster shot was capable of boosting the ability of the COVID-19-specific T-cells to produce the activation cytokine Interferon-gamma (IFN-ɣ) by at least 10 folds, with higher activation seen in those who had received a different (non-mRNA) vaccine as their primary two shots.

The founder and CEO of Biolab Diagnostic Laboratory immunologist  Dr. Amid Abdelnour confirmed that the results of this study constitute a scientific base that supports the efforts of the Jordanian Ministry of Health and Crisis Cell to make the booster shot available to all targeted categories. The study, he added, allowed for a better evaluation of the immunological performance of the various vaccines employed in Jordan and highlighted the effectiveness of the “Mix and match” vaccination approach in activating B and T immune cells, immune players that are both equally crucial to control COVID-19 infections resulting in milder disease and quicker recovery time.

Dr. Abdelnour emphasized that this study introduced a valuable new test in Jordan that enables us to measure T-cell responses to COVID-19 vaccines and infections.

As a regional pioneer in the field of medical diagnostics and laboratory testing, Biolab provides an extensive portfolio of more than 700 diagnostic services, catering to individuals, physicians, hospitals, and other laboratories across the Middle East. In Jordan, Biolab operates a total of 20 branches, in key locations throughout the Kingdom.

Biolab’s is now the only stand-alone laboratory in the region that is endorsed by four international accreditation bodies, including the College of American Pathologists (CAP), Joint Commission International (JCI), ISO 15189 certification provided by the Jordanian Accreditation System (JAS) for quality health services, and the Health Care Accreditation Council (HCAC). 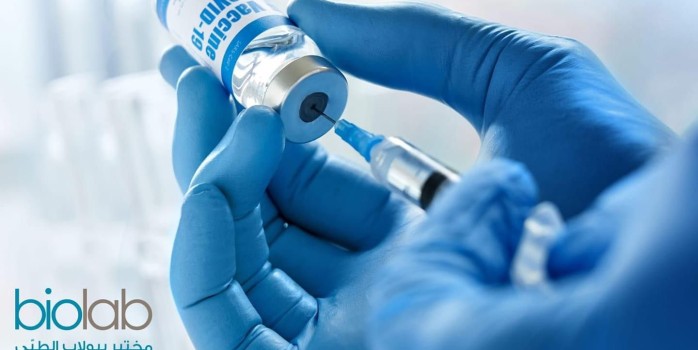