Biolab Founder, CEO and Immunologist, Dr. Amid Abdelnour confirmed that Biolab has conducted a study of Humoral and Thrombotic responses in a cohort of over 40 Jordanian patients receiving ChAdOx1 nCoV-19 (AZD1222) vaccine. The study sought to confirm the optimum time period between the two AstraZeneca vaccine doses.

According to Dr Abdelnour, the preliminary results or the study support the Jordanian government’s decision to space out the two AstraZeneca vaccine doses.

Issa Abu Dayyeh, Biolab's Immunologist and Head of Scientific Research Department, has also confirmed that, according to the study’s preliminary results, for most participants, COVID-19 antibodies reached a peak 8 weeks after receiving the first dose. This indicates that the participant was immune between the eighth and tenth week. These results coincide and confirm similar international studies on the topic and reaffirm AstraZeneca’s recommendation.

According to Dr Abu Dayyeh, the results also indicated that the side effects of the first dose were primarily mild-to-moderate and took two to three days to subside.

It is important to note that over a period of six months, blood samples were taken from patients every two weeks as the study observed the kinetics of total SARS-CoV2 spike antibody production due to the vaccine.

The study is still ongoing and continues to monitor the side-effects of the vaccine’s second dose. The study will be expanded to include a larger number of patients and its results will be published.

As a regional pioneer in the field of medical diagnostics and laboratory testing, Biolab provides an extensive portfolio of more than 700 diagnostic services, catering to individuals, physicians, hospitals, and other laboratories across the Middle East. In Jordan, Biolab operates a total of 20 branches, in key locations throughout the Kingdom.

Biolab’s is now the only stand-alone laboratory in the region that is endorsed by four international accreditation bodies, including the College of American Pathologists (CAP), Joint Commission International (JCI), ISO 15189 certification provided by the Jordanian Accreditation System (JAS) for quality health services, and the Health Care Accreditation Council (HCAC). 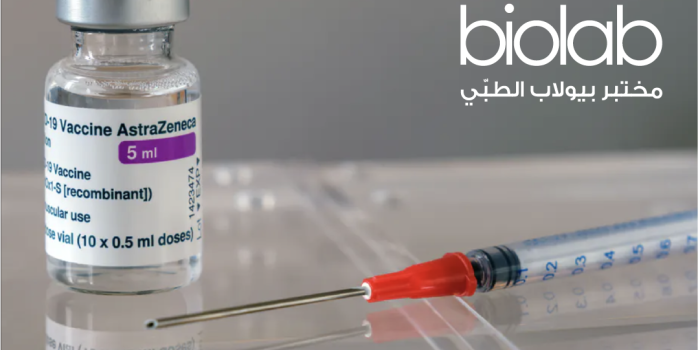